If you’re looking for that new hairstyle idea, we have over 5,000 of them. From ponytail hairstyles for black women to updo’s, short looks and everything in between.

Want to automatically get updates when new hairstyles are added to UniversalSalons.Com.

Archive For The “Frangetter Battle” Category 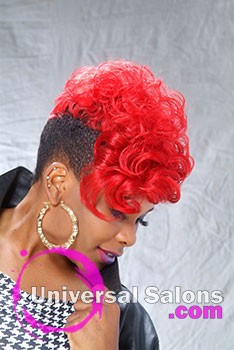 Of all the mohawks, this mohawk has been modernized, feminized and glamorized into one of many striking black hairstyles. If you have boldness and self-confidence then this style of short haircut and combination curl set is for you. 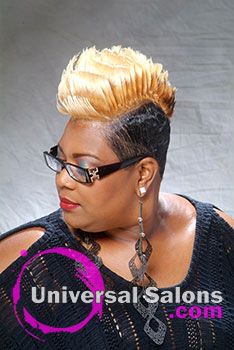 Black hairstyles and haircuts are awesome. First, you have to separate the hair that you are gonna put into the mohawk, because you will be cutting the sides short and adding hair color.