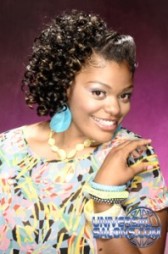 The top prom and wedding hair styles for 2012 were chosen by Dre’ Ramseur Blanton, the National Style Editor for Universal Salons. The first pro wedding hair style for 2012 that Dre’ chose is Lyndsey’s Chic and Curly Hair Style. Incorporating braids with curly hair is a great option for black hair styles. It allows for many options for different volumes and textures. This particular hair style features a pompadour-like side part. In addition to the side part, the curly hair adds volume to the asymmetric side braid. The shiny finish leaves a fresh, feminine look to die for. 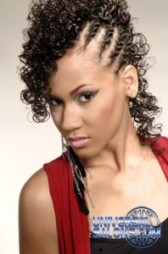 The next hair style is called the Futuristic Mohawk. This style is for those wanting a creative and bold, sassy look. The hair is curly and flows down the middle of the head, cascading front and down toward the nape of the neck. To add more ‘oomph’ to this style, hair is convoluted in rows on either side of the head which blend perfectly into the curls. 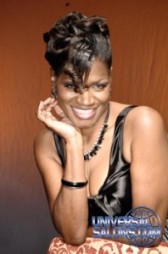 Pin Curl Delight is the third hair style. Pin curls are sweet and sexy and are very versatile. You can use spray or gel to make them tight and sophisticated looking. You can brush them out and get soft wild waves to look seductive. 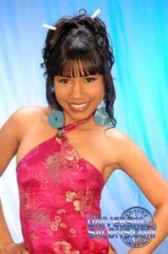 The common prom hair styles were chosen as the fourth and fifth hair style: up do’s! One variation is to have bangs in the front with sexy waves that come down out of the up do. 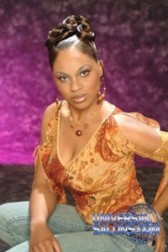 The other variation chosen is to have it piled on the top with tight, sleek curls. The back has tight curled braids coming down in rows from one side to the other that go down to the back of your neck. 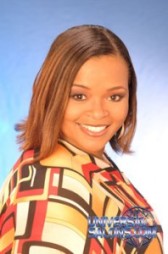 After graduating from Dudley Cosmetology University in North Carolina in 1991, Dre’ Ramseur Blanton opened her first salon called Chez’ An’Dre’s Hair Unlimited in Kernersville. In 1998, she wanted a fresh start for her business so she relocated to Charlotte and opened Hair Infiniti Wellness Salon. She celebrated her 20th year of business in 2011. Many national magazines have published her work, including Dudley’s Hair Images, Hype Hair, Sophisticated Black Hair & Trends, Universal Salons Magazine, and NCBCA Trendsetters. This year she formed an organization called Beauty Against Obesity. This organization’s goal is to spread knowledge on how to fight against obesity.