A lot of people are under the impression that bob hairstyles can only look a certain way. Bob hairstyles have the reputation for being very basic and for framing the face with a bell-like form. However, there are plenty of hairstyles that can have the same overall effect while still having more detail than the classic bob hairstyle that people will associate with the 1920’s.

This bob hairstyle does look similar to a classic bob cut on one side. However, even then, it has more of an angular appearance. Since it is shorter in the back than it is in the front, the haircut will frame the face more effectively. It should also draw attention to a person’s cheekbones and jawline, highlighting the bone structure and flattering most facial shapes. 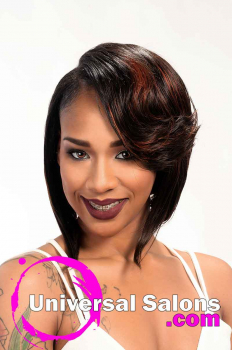 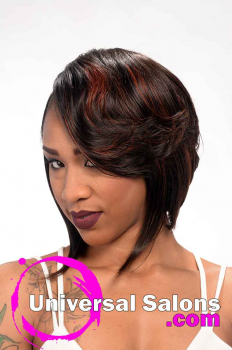 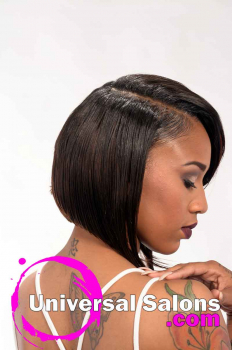 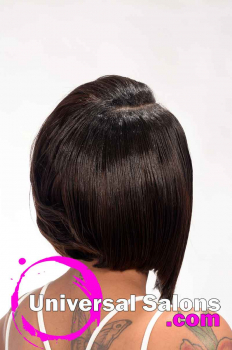 The hairstyle is fairly even in the back, which means that it can help emphasize a person’s attractive head shape and structure, while also drawing more attention to the neck and the neckline. However, with this hairstyle, some of the hair is combed heavily to the side, and this really helps to complete the whole look and make it come alive.

Thebob hairstyle is famous for the fact that it looks very tidy but it has a simplicity to it. There is something restrained about it. With this curly bob hairstyle for black women, it’s as if the hair is almost breaking free from its restraints. One half of this hairstyle, which appears much more energetic than the other half, creates a powerful contrast.

Of course, the more layered second half is still tidy and neat. It just appears to be more complex than the other half of the hairstyle. It has a more layered look, which is not something that a lot of people associate withbob hairstyles. The layered hair partly covers one eye, which adds some mystery.

It’s as if the wearers are hiding a secret, and the different parts of thebob hairstyle represent a new layer to their personalities in general. The more colorful streaks added to the layered half should only serve to emphasize this point, since they contrast with the simpler part of the hairstyle.

Black hairstyles like this demonstrate that people do not have to choose between hairstyles that look very simple and hairstyles that look very energetic. It is possible to find a balance between the two of them. In this case, the style almost seems to invoke a sort of dual personality. For a lot of people, this is the ideal look. A fashionable asymmetry is just the sort of thing that is going to appeal to a lot of individuals, especially if they are used to having to strike a balance with their look at all times.

People certainly will not be able to find black hairstyles like this anywhere, and they are very difficult to do with the help of people who are not professionals. A bob hairstyle like this is perfect for almost any occasion, given its complexity and the different emotional tones that it strikes.