There are lots of creative short hairstyles for black women. Black women should not have to settle for basic or boring hairstyles. It’s certainly possible to have short hair that has some body to it and that does not simply look flat. This short wave hairstyle is a perfect example.

The black hairstyles soft waves look wonderfully romantic. These waves manage to catch the light, creating some depth and emphasizing all of the work that went into creating a hairstyle like this. It’s certainly the sort of look that can give a lot of women a put-together appearance.

A lot of people will also like the somewhat feathery look that the short waves hairstyle has. It appears to be light and airy, and it has a very playful look about it as a result. Some of the more put-together hairstyles that people will see will have something of a heavy and artificial look to them, as if they are made from wax. 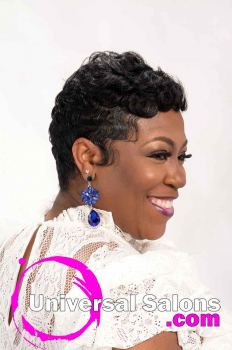 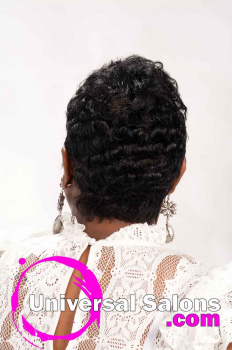 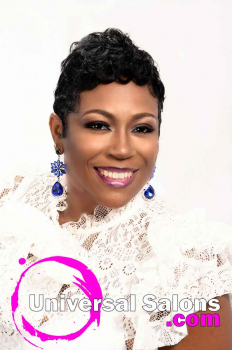 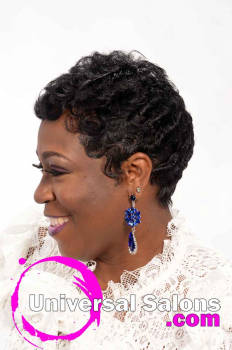 This short wave hairstyle is light and airy. It manages to be light and airy without making the hair look thin or lacking in body. It’s tapered at the nape, which will help to make it easy to care for and maintain.

However, it looks very layered throughout the head and at the hairline. This makes the hairstyle very interesting to see, and it stops the look from being so subtle that it might as well not even be there. It’s still subtle enough that it should go with just about anything, and people are not going to have to worry about matching. Still, it is a haircut that avoids the trap of seeming boring and dull, while still being convenient on a day to day level.

To a certain extent, this short wave hairstyle represents a compromise between the minimalist hairstyles that some people prefer and the voluminous hairstyles that are popular with other people. Short hair is often regarded as minimalist, but it certainly does not have to be for anyone. Voluminous hair is often regarded as being difficult to care for and annoying to maintain throughout a person’s daily life. This is a hairstyle that offers people the best of both worlds, and it’s hard to argue with something like that.

This hairstyle was created by Hartsville, SC cosmetologist Shana Lucky from Armani’s Hair Studio located at 1517 Bobo Newsome Hwy. Shana has been published in numerous national publications over the years. Feel free to give Shana Lucky a call at (843) 332-1080 to book your next appointment. Shana would love to help you create your next signature hairstyle.

However, even though this is an original hairstyle from this salon, that doesn’t mean that it is going against any trends. It strongly matches a lot of the short hairstyles for black women that people will see in the media today. Women who adopt this hairstyle will certainly look tremendously fashionable all the while, while still feeling like they’re standing out from the crowd in the best way.